Fighting For the Prophetic

I have been quite provoked by an issue that my friend Jesse has raised in two of his posts - "Review: Beginner's Guide to Spiritual Gifts, 'Who Said God Said?' (Ch. 7)" and "Question of the week: should a prophecy be written down beforehand?". In his review of Sam Storm's excellent book on spiritual gifts, Jesse asks some key questions; 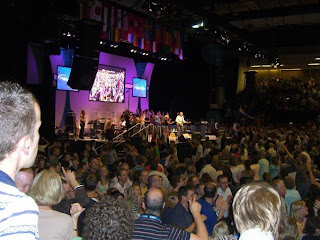 "First, do you agree with Storms observation that there has been abuse? Second, how wide-spread do you think it is? Third, do you agree with Storms list of reasons why, or what would you add?"
I was thinking through the issues that Jesse discussed and it occured to me that I haven't heard much of a discussion about the devil's involvement with the spiritual gifts. If the Word of God commands that spiritual gifts are earnestly desired but especially prophecy - then surely the devil will realise that prophecy could potentially be very powerful for use in the Kingdom of God. I thought about two strategies that I would employ if I were trying to hinder prophecy in the Church.

1. He can try and keep Christians back from fully entering into the gift of prophecy. Or cessationism in other words.

2. He can push those who believe in prophecy into excess which will result in fear, hurt and suspicion which will get back eventually to his first strategy - that of preventing Christians from entering into the prophetic.

I have to say I think he has been quite successful in hindering the prophetic altogether or tarnishing it with the false, the fake and the bizarre. We have all read the "horror stories" usually published by John MacArthur or Hank Hanegraff about prophecy. But it is a bit more unusual to hear testimonies and read transcripts of true and genuine prophecies.

It is my goal to fight for the genuine prophetic because I have had my life changed and blessed immeasurably by the genuine prophetic in my life from friends I trust. I have therefore dug out some prophecies that were (thank God!) written down and transcribed from the Stoneleigh Bible Week 2000. They are, in my opinion, examples of the genuine and the good and how God can use them to motivate and inspire His Church. 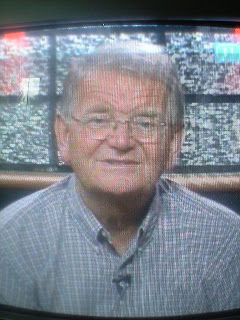 Here they are - still as true today as they were seven years ago.

Dave Devenish Prophesying at Stoneleigh - "My strategy for the nations".

Terry Virgo Prophesying at Stoneleigh - "Participation in the Holy Spirit".

Dave Devenish Prophesying at Stoneleigh - "Bathing in My glory to change the nations".
Posted by Dan Bowen at 6:06 PM