Authoritative Command in Action!! But ... 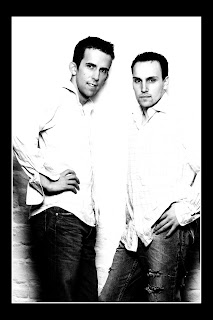 I had an incredible experience this week that I wanted to share and be honest about. It puzzled me - and it's puzzled Pete too - but it is also kind of encouraging. It began when I finished transcribing Rob's incredible sermon; "The Power of the Authoritative Command - Part 1" and have been considering how wrong I have been and unbiblical to spend time praying for the healing of dear friends like Scott, Pete himself, Barry and so on. I was at work at the hospice and was just taking the rubbish out when I suddenly felt an urge to make an authoritative command for the healing of Scott's eczma.

Rob said;
"An authoritative command is not prayer - and I believe in prayer and pray every day. An authoritative command is not a petition or a request heaven-ward. It is an authoritative command that flows out of your spirit by the anointing of the Holy Spirit. It is an anointed annoucement that releases the power of God's government and demands that circumstances immediately align themselves with God's will".
So I felt an urge to state that I have the righteousness of God in Christ Jesus and that eczma is an abomination marking the wonderful creation of God - that it had no place on Scott's body who has also received the righteousness of God in Christ Jesus. I commanded that the eczma leave him and that the "new suit of skin" that I had seen in heaven in Hong Kong at the "Grace and Glory Conference" be given to him. 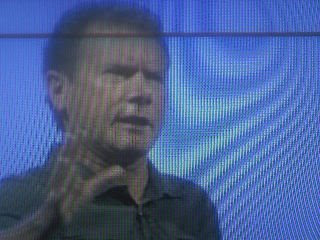 I guess anyone can make "commands" to the atmosphere - but what took me by surprise was that I felt the Holy Spirit descend on me in absolute power. It was all I could do to stay standing in the hospice parking - I felt my whole body shaking under the power of God and it was wonderful! I haven't felt that confident that Scott had been healed since when Rob Rufus was speaking at Church of Christ the King in Brighton before "Together on A Mission 2007", he had many of us forward to pray for us. While I was at the front on my knees enjoying God - Rob said; "Someone with a skin condition has been healed!". I went running back to where Scott was sitting on the CCK riser and shouted; "Well?!!?". He hadn't been healed then.
But I had to ring Scott on my mobile as soon as possible to find out if he had been healed. He hadn't. And even worse he hadn't even felt anything of the Holy Spirit upon him.
What puzzled me was the experience of the Holy Spirit that came as a result of my authoritative command (which obviously wasn't that authoritative!). I very much ALWAYS love experiencing God and don't experience Him enough! But why did He come upon me as a result of that command? And why didn't Scott experience God? Or get healed? Did I not have enough faith or did Scott not have enough faith? I am asking these questions genuinely and would appreciate comments, suggestions and thoughts. This is all an extremely new area to me and I wish I could be in Hong Kong so I could ask Rob himself!
I'm going to keep going in this area - but it truly is; "No Well Worn Paths!" but it would be lovely to understand more why God does what He does.
Posted by Dan Bowen at 4:22 PM

Dan,
Thanks for sharing this testimony - the fact that you are open, eager and listening for God is wonderful, and then you are still eager despite getting no "results" from your obedience to what you felt called to do is an even greater testimony! Keep at it, don't lose heart and don't give up! I wish I knew why Scott didn't get healed "yet" also...but you tried and that counts!!! I think God is preparing you for greater works yet to come......Grace to you!!!

Oh and I love the picture!!!

Thanks Lydia!! You're a wonderful encourager! I guess I was bracing myself for comments from our well-known anonymous individuals telling me that he didn't get healed because "you are not worthy enough" etc etc. What an awesome blessing to read; "Keep at it, don't lose heart and don't give up!".

And glad you like the pix, was searching for any old reason to show it off ... not really!! ;)

I think the "surge" you felt was an encouragement from God. It didn't necessarily mean that the healing would be instantaneous.

Where I live, there's a man with pancreatic cancer. His doctors gave him little hope for recovery. Many people began to pray for his healing.

When I was with him one day, I felt the same thing you described: the authoritative feeling that this sickness was not only not from God, but that God was very much *against* this sickness.

I informed the enemy that anything he planned against this man of God was canceled and ended, and that this man is covered in the blood of Christ.

I spoke everything I heard the Lord telling me in my heart. The Spirit fell and we were both shaking and weeping. We knew God had appeared.

There was no instantaneous healing. He has still been taking his chemo medicine. BUT - the amount of cancer cells in his body have continually dropped over the past several months. His doctors can't believe it.

This man recently rented a banquet hall to celebrate his birthday - the birthday his doctors told him in 2007 he'd never live to see. The room was filled with people from this area, who all were there to praise God and celebrate.

His story is still in progress - I am continuing to trust and pray for total healing, as are many other people. To me, he *is* healed - we're just waiting for the total manifestation of that.

Maybe this will encourage you.

Thanks Don, that's an awesome encouragement again. I guess that is a very important point - can we suggest then that healing occurs on a scale of the power of the anointing? Hence with Jesus and the disciples, the level of the glory did indeed banish the demonic sickness and alien illnesses, whereas the more that we can rest and relax in the revelation that we are the righteousness of God in Christ Jesus and that God sees us as righteous FOREVER in Him, the quicker we will see results of the resurrection power working through us?

That testimony did indeed encourage me! I was really debating whether or not to share this "non-healing" but really felt it was right to because this whole area of healing, signs and wonders is a new area for me! It's something I have never been in before and certainly haven't heard consistent teaching on it in any of the churches I have been a member of - although the Newfrontiers churches I have been in of course do believe in healing. I think my home church in Dunstable did believe in healing - but was more of the opinion that the passage in James was the norm - "the prayer of the elders will raise up the sick".

But I am so encouraged by your comments Lydia and Don - to step forward in faith and keep believing! We will see awesome things in the coming days!!

Wow Don! I always love what you share, that encouraged me too!
Your welcome Dan, I am happy to be encourage you!!

Dan, my spontaneous response is that in light of Rob's teaching that the annointing is tangible, and in light of the John G. Lake quote you put up recently, Scott may have been healed if the power that came on you could have been transferred physically to him. But maybe the Spirit was giving you an encouraging foretaste in order to build your faith, I'd be waiting for that annointing to come on you again when Scott is nearby! Obviously this is not the end of the story!

That's a really good point Julie - and one that I did wonder about! Yes Jesus was more than able to heal people who were far away from Him but He didn't do that by CHOICE did He? He did it out of necessity.

The doctrine of the laying on of hands that Rob taught us so well at Brighton in 2006 was that something tangible actually DOES pass from the giver to the receiver - something the giver has of course received from the Holy Spirit.

So I agree - I think the Spirit was encouraging me that I am right to desire Scott's healing (because if he is healed, his entire atheist family will be forced to admit that God is real!!

"A miracle is worth a thousand sermons!".

Hi Dan
me and my husband have been following your blog for a while.
I am interested in dreams because I am having alot of them and don't understand most of them.
Will keep reading the articles and hope it helps.
I am a fairly new christian so if you have any advice please email me
Thanks
Anna Edwards
Bradford, West Yorks