Dr Martyn Lloyd-Jones on the Prophetic 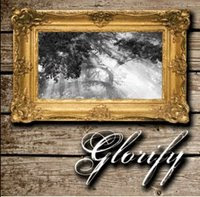 I was tremendously stirred and excited to read my friend Jesse's notes from an awesome seminar covering the prophetic from the "Glory" Conference in Florida. A couple of key quotes really stood out to me;

"We need to understand the priority of the gifts. The scripture teaches that the gifts are a priority in the church. They are not a priority over glorifying God, but neither are they opposed to God's glorify. There is no dichotomy; they help us glorify God".

"We must crave the gifts as an incredible priority. God is giving each of you his gifts. The Spirit is saying, "I'm pouring out my gifts, so that each one of you should receive these gifts, to the end that God be glorified, and so that you may be built up in love (Eph. 4)."

The prophetic is an issue of key importance - simply because the Word of God states that it is an issue of key importance! I discussed with Jesse when we spoke my stirring that we need to carry on defending the gifts of the Spirit against cessationists but at the same time move on into them in greater maturity. I was really encouraged to see that Jesse's dad seems to agree with that;

"A tendency for us as charismatics is to become defensive even though we don't have to [I addressed some related issues here]. In other words, we just do what the scripture encourages, regardless of those who disagree".

One of the most common pragmatic arguments that cessationists profer (and is headed up by John Macarthur) is that they "have heard a false prophecy" somewhere that usually had something to do with directing people to go somewhere or natural phenomena that doesn't happen. The impression that is given that it is only air-headed freaks who prophesy. I was reading Dr Martyn Ll0yd-Jones's views on the prophetic - and they make for maybe quite surprising reading. 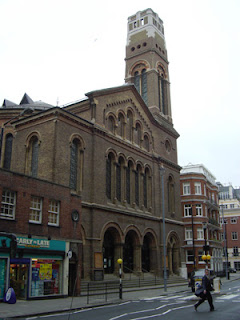 "A preacher is taken up; he is in this realm of the Spirit and God is giving a message through this man to the people. It is not an inspired utterance in the sense that the Scriptures are, but in another sense, it is an inspired utterance because the Spirit is giving it and using it. Thus a vital element in preaching is a reliance on the Holy Spirit". "Knowing the Times" - p276.
Dr Lloyd-Jones took some effort to distinguish between teaching/preaching and prophecy. He said;

"The difference can be put in one word and the word is immediacy. It is a word that is given to him, that comes to him. Preaching and teaching are not like that. The preacher and the teacher is the man who takes time to study. He takes time to think and prepare. He arranges his matter. He has got order. He has got system. That is the truth about teaaching and preaching. A preacher and teacher should never enter the pulpit and trust to the immediacy of the moment. That's not preaching and teaching - that is prophecy. Prophecy is something that is given to a man immediately and directly" - "Spiritual Gifts" 3 - Tape 3313.

The word "immediacy" is one that has been used in conversation by SLW - the author of "Sounds of Thunder" prophetic blog. These quotes need careful consideration because all will admit and know that Dr Ll0yd-Jones was no "air-head" charismatic! He took the Word of God seriously and he governed his theology from that. As must we. Let this be another step towards what Jesse wrote; "The rising of a prophetic people ...".
Posted by Dan Bowen at 4:46 PM